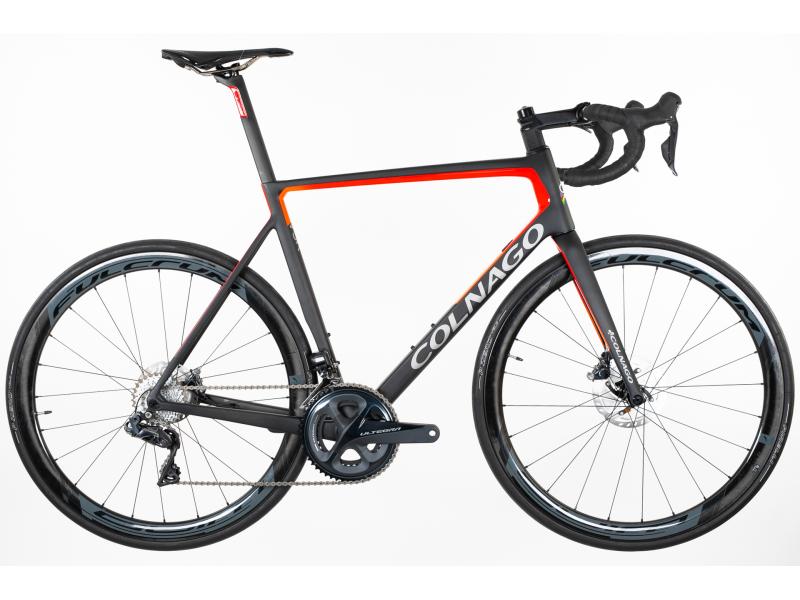 Colnago has a number of top-tier carbon fibre race bikes in its line-up. There’s the Italian-made lugged-construction C64, the latest in the iconic C-series. There’s the Concept, the company’s answer to an aero racer. And there’s the V series, an all-round racer that uses a monocoque construction method (like almost every other carbon race bike at the pro level, excluding the C64). It’s the last of these that Colnago has just updated in the midst of the Tour, and as the company’s highest stiffness-to-weight ratio bike, the new V3r comes just in time for the mountains.

The V3Rs and V3Rs Disc replace the V2r, a bike that has commonly been the pick for UAE Team Emirates and the now-defunct Wiggle-High5 women’s race team. And like a scene out of The Walking Dead, the V3r joins a long line of similar-looking, do-it-all, lightweight, stiff, compliant and semi-aero race bikes that are all hungry for your attention. What’s new

Compared to the V2-r, the new frame is said to be stiffer by 12% at the rear and 6% at the front, all while dropping some 50g of frame weight. A raw, unpainted, disc-version of the V3Rs is quoted at 790g (50cm-52cm equivalent), with an uncut fork at 390g. However, at a guess, the cable integration found in the disc-version will add back any weight saved.

The V3r is optimised for 28c tyres (it can apparently squeeze in 30c, although Colnago’s own literature says otherwise), and the geometry and fork have been revamped to retain a race bike fit and feel. For this, the bottom bracket has been lowered and the fork length increased, matched with a shorter head tube. With a sloping geometry, the stack and reach figures are now more linear across the eight frame sizes, too, a trend we’re seeing a lot for 2020.

While Colnago has made no specific claims about the aerodynamic performance of the V3Rs, it’s clear that with an integrated cockpit, dropped seatstays and seemingly truncated tube shapes, it’ll be faster than its predecessor. That fully integrated cabling is exclusive to the disc-version, and uses Colnago’s own stem and a special threaded fork steerer tube to route both the hydraulic hoses and electronic shift wires through the stem and directly into the head tube. Use either rim brakes or mechanical shifting and you’ll be forced to run your cables externally like a caveman … or like most riders in this year’s Tour.

Colnago has reworked the integrated seat post binder, too, said to be smaller and more secure than what’s found in the V2r and C64. It holds Colnago’s own version of a D-shaped seatpost.