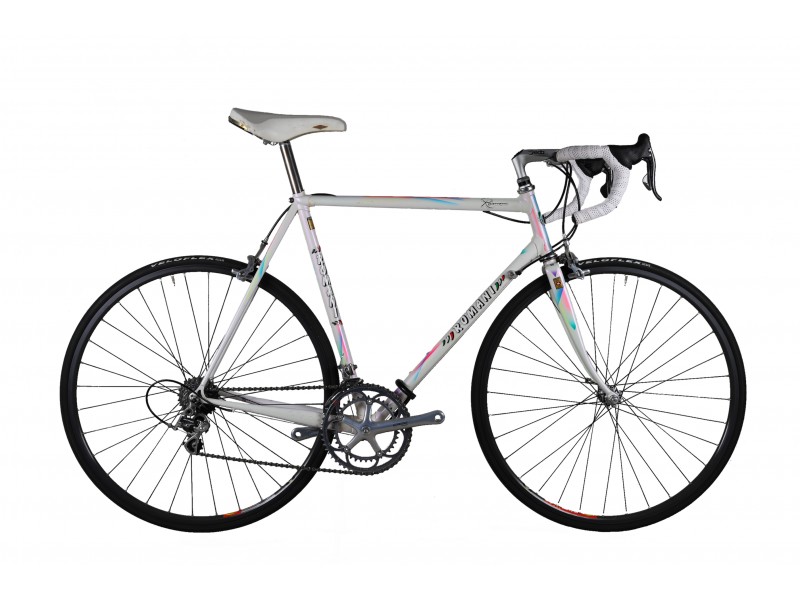 Romani was a company based in the town of Sala Baganza in the province of Parma. It was a rather a big and well respected builder. Established in 1924, the company had its peak in the mid 1970s up to mid 1980s Surprisingly you rarely saw many bikes with the Romani brand because much of their production was third party frames. Virtually any shop in the Parma/Reggio Emilia/Modena area that had a shop brand but who did not build in-house, would have bought from Romani. They also built for many exporters. Catalogs show that Romani made frames of Columbus SL, SLX, TSX and MAX tubes or Reynolds tubing. They closed down in the early 1990s
A Romani road bike is not easily found with an actual Romani branding.This renown producer from Parma, northern Italy, usually worked as a very well-paid contractor for the building of high-end third party frames. Thus you can find different high class companies which actually sold Romani frames. Among them were Colnago and similar brands.
This Romani however, is not ashamed of its name and there would be no need to conceal its identity. As for the tubing it is a complete set of Columbus MAX. Everything on this tubeset was designed a bit beefier and stronger, which makes MAX frames some of the strongest steel frames around with legendary riding qualities. Instead of using lugs, which for such large tubes need to be extra strong and thus heavy, Romani decided to connect the tubes lugless. The execution is perfect and smooth. To make the ride even more comfortable the groupset used on this bike is the legendary Campagnolo Record 10s Titanium groupset.
This bike is perfectly applicable to daily rides, commuting and long distance weekend rides.