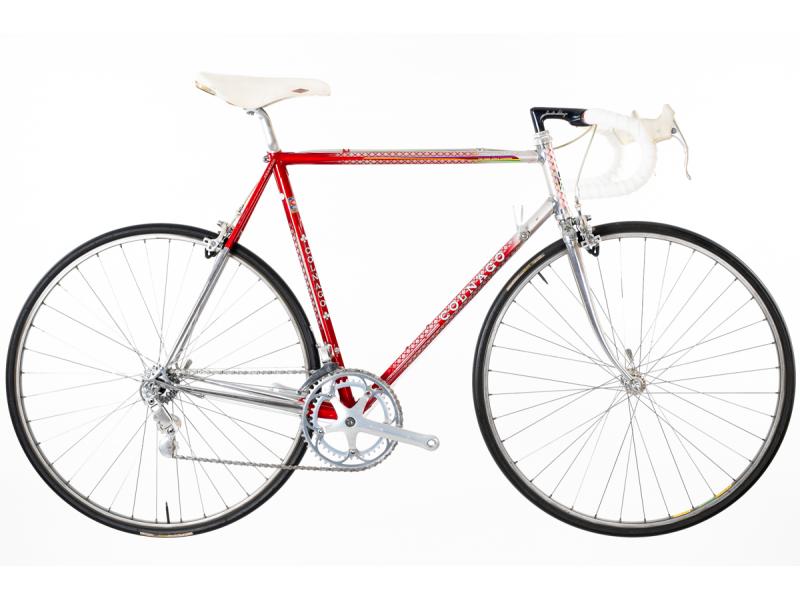 The history of the Colnago brand is a beautiful story about the greatest professional cyclists and successes of cycling in the 20th century. Ernesto Colnago was a precursor and paved the way for many projects that finally entered mass production. He never followed trends, but rather created them himself. In response to criticism that the Colnago frames were not rigid enough, Ernesto experimented with various corrugated tube frames. The shape of the pipes, which were not round in cross-section, were supposed to give them amazing qualities, above all, the stiffness that the competitors expected back then. In 1984, Colnago introduced its top model "Master" and that's when the legend was born. The Master is constructed from the famous Columbus Gilco S4 top, bottom, and down star-shaped profile tubes. This name comes from the name and surname of the designer, i.e. Gilberto Colombo. The main goal of this new design was to improve performance and the steel designed in this way turned out to overcome an incredible test of time because the Colnago Master model is still produced from such steel pipes. The first version of the Colnago Master was produced in 1984-87, then the Master Più appeared and was followed by the lighter Tecnos. However, it was the classic Master that became an absolute legend and the flagship model of the Colnago steel stable.

We are proud to present the legendary steel racing machine from Cambiago - the 1st generation Colnago Master, whose origin dates back to 1986. The frame is made of excellent Columbus Gilco S4 tubes, shining in the brilliant Saronni 86 'Retinato paint. An unusual frame like this deserves the best components and is, without a surprise, built with Campagnolo C-Record hardware. The part that is worth paying special attention to is the first generation C-Record rear derailleur, which has a fully built-up bogie. Such a procedure meant that it was supposed to be more "aerodynamic", but the continuous slimming of the parts meant that already in the next season its shape changed, so that the full one is very rare and sought after by collectors.--

Our Colnago Master Saronni 86 'Retinato is a real eye-catcher with its beauty, it is also worth adding that this copy is in its original condition and painted, which additionally increases its value.