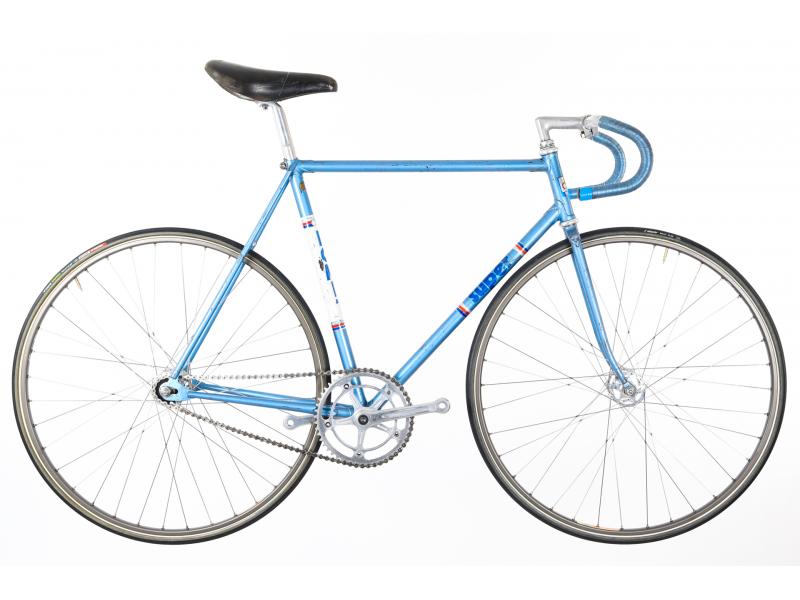 Anyone who claims that in the People's Republic of Poland good bicycles were not made is wrong. For the masses, of course, the lugs were made better or worse, and the Romet Sport was the pinnacle of cycling dreams - on ordinary steel pipes, with domestic-made accessories. Another matter was the bikes for competitors - these were soldered to foreign tubes, British Reynolds for Romet Specials and for Romet Super Italian Columbus or Reynolds. Seen only in training and competitions, they were inaccessible to the average Kowalski. Contrary to the ready-to-ride Waganta, Mistrala or Sports, there was nothing like the factory Romet Super bike. The clubs ordered the frames at the factory in Bydgoszcz, and after a few weeks in the dark dawn, they would drive the official Fiat 125p station wagon or Nysa to the gates to pick up the ordered goods. Bare frame and fork, wrapped in brown paper - that's what returned to the club in the trunk. The only accessory was the Romet controls, but their presence was not a rule. Then, the club built bikes for players on the basis of the imported frames, both on domestic parts such as REMO Głowno, Walja, PAMA or JAR, as well as imported ones - often for better players and for the team - western Campagnolo, Gipiemme, Galli or eastern KhVZ or IRZ. Due to the lack of parts, it was often a mix of everything - Campy derailleur and brakes, Gipiemme shifters and bottom bracket, domestic door handles, PAMA seatpost and Walja crank, although there were even more exotic combinations with parts even from overseas. The flagship example of a track bike from those years, built on imported parts, is the Super from photos. Wheels on Campagnolo C-Record Pista hubs and Fir rims, Campagnolo Record Pista crank, 3ttt stem and handlebars, Campy seatpost with Cinelli saddle. The paintwork is of course original, not renewed. This particular specimen was made using Columbus tubes, most likely the SL model. The tight and compact geometry of the frame in size 56 and the combination of parts means that in the heyday of this bike, on one of the cycling tracks in Poland, e.g. in Wrocław or Szczecin, the competitor could easily win a sprint or even a 1km race for investigation. Competitors also used this framework at international competitions, often showing the superiority of domestic equipment over foreign ones