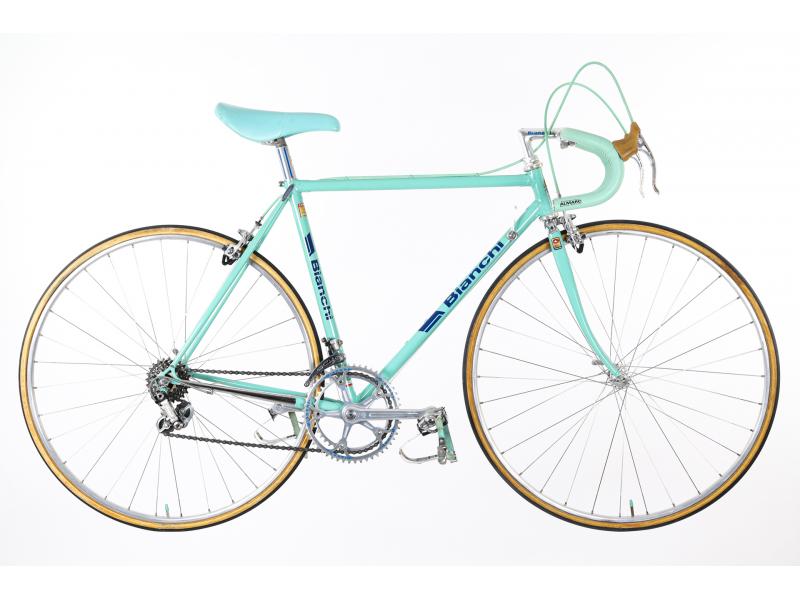 Bianchi is the world's oldest still existing bicycle company, founded in 1885 by Eduardo Bianchi in Milan, Italy. There is no doubt that Bianchi has been a pioneer in the development of bicycles from the very beginning. Throughout Bianchi's 130-year history, the Specialissima name has represented the flagship collection of Italian legend road machines. The "Specialissima" was introduced in the late 1950s as the successor to the famous "Campione del mondo" model and remains the top model of Bianchi to this day. Currently, the first-ever Specialissima Disc is coming out for the 2021 season. Some say the Bianchi X3 and X4 is the finest steel racing bike ever made. For the serious Bianchi collector, the Bianchi X3 is high on the must-have list. Bianchi produced the X3 for a short time, from 1982-85, and is very similar to the legendary "Centenario 1985". Our X3 is constructed from Columbus SLX steel tubing, known to be the best choice for professional cyclists. A few important details that make the X3 so exclusive and desirable:

We are proud to present this top-of-the-range Bianchi racing machine, the Specialissima X3, which dates back to 1983, with the serial number B.438. engraved on the bottom bracket. It is by all means a kind of time capsule for road bikes. This is one of the best versions of the Bianchi X3, very similar to the collector's Bianchi Centenario that was released in 1985. The offered specimen is made of excellent Columbus SLX pipes and built on a special edition of the Campagnolo Super Record group of equipment with pantographs and Bianchi engravings on individual parts such as crank, seatpost, shifters, etc. It is also worth paying attention to the original Bianchi Almarc leather wrapping.